You are here: Home » Our Team 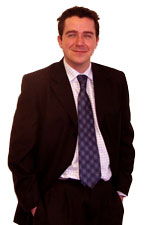 James heads up our personal injury department. He joined us in 2001, qualifying as a solicitor in 2004. He specialises in head injury at work claims, an area in which he has achieved a number of notable successes. He is also experienced in the niche field of injuries caused by animals, being recently invited to attend Parliament to offer recommendations to MPs on changes to the law.

In 2007 James was awarded Young Solicitor of the Year by his local Law Society. James has also had the honour of being named as ‘Pro-Bono Hero’ by the Attorney General for his work offering free legal advice to people most in need. 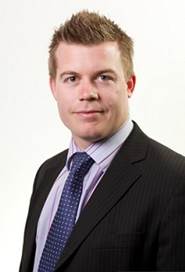 In recent years he has been involved in a number of multi million pound settlements and estimates that he has helped recover in excess of £15m for clients that have suffered brain injuries.

Oliver has worked with some of the country’s leading medical experts and barristers in this complicated area of law. His attention to detail and wealth of experience in these cases means he achieves maximum settlements for his clients.  He is aware of the importance of making life easier for those who have suffered brain injuries and has assisted families in renovating their existing houses or moving to alternative properties that will be better suited to their needs. Oliver has also put in place care regimes for families who require assistance as well as ensuring his clients get the latest technology to make their lives easier. In addition Oliver has experience of assisting families after the settlement of their legal cases, helpling to set up trusts and being involved with Deputyship issues.

Some of his recent brain injury cases include:

We use cookies on our website to give you the most relevant experience by remembering your preferences and repeat visits. By clicking “Accept All”, you consent to the use of ALL the cookies. However, you may visit "Cookie Settings" to provide a controlled consent.
Cookie SettingsAccept All
Manage consent

This website uses cookies to improve your experience while you navigate through the website. Out of these, the cookies that are categorized as necessary are stored on your browser as they are essential for the working of basic functionalities of the website. We also use third-party cookies that help us analyze and understand how you use this website. These cookies will be stored in your browser only with your consent. You also have the option to opt-out of these cookies. But opting out of some of these cookies may affect your browsing experience.
Necessary Always Enabled
Necessary cookies are absolutely essential for the website to function properly. These cookies ensure basic functionalities and security features of the website, anonymously.
Functional
Functional cookies help to perform certain functionalities like sharing the content of the website on social media platforms, collect feedbacks, and other third-party features.
Performance
Performance cookies are used to understand and analyze the key performance indexes of the website which helps in delivering a better user experience for the visitors.
Analytics
Analytical cookies are used to understand how visitors interact with the website. These cookies help provide information on metrics the number of visitors, bounce rate, traffic source, etc.
Advertisement
Advertisement cookies are used to provide visitors with relevant ads and marketing campaigns. These cookies track visitors across websites and collect information to provide customized ads.
Others
Other uncategorized cookies are those that are being analyzed and have not been classified into a category as yet.
SAVE & ACCEPT
-